Figuring out the perfect way to spend your first date can be tough. You want to strike a balance between romance and a lighter atmosphere, with sharing laughs a definite bonus - if not a must. And while it's important to spend time in conversation, you can also get to know each other by watching a movie together. After all, how someone reacts to different characters and plots can tell you a lot, and this can lead to revealing discussions about what's really on your minds. These ten films from the '90s may be just the sparks to kick-start a relationship.

If sidesplitting laughs are what you've got in mind for an evening with someone you want to get to know better, There's Something About Mary could be an inspired choice. Watch one guy after another (step up Ben Stiller and Matt Dillon) fall for the irresistible Mary (played by Cameron Diaz) then engage in all manner of deceit to win her over. One reviewer on YouTube said this is the only movie he's watched where someone actually fell into the theater aisle because they were laughing so hard.

Given that it slots firmly into the gross-out movie sub-genre, it can be a little crude at times, but this should make it a good icebreaker. There's Something About Mary is a brilliant romantic comedy you both can't fail to enjoy.

This award-winning romp traces a love story between the free-spirited Carrie (Andie MacDowell) and the bumbling, self-deprecating Charles, who keep running into each other at the events in question. Described by one critic as “delightful and sly,” this is the movie that launched Hugh Grant into superstardom, and it's widely regarded as a British classic.

The story explores the interesting dynamics of dating, with plenty of ups and downs to keep the plot rolling along. The quirky humor, combined with the breezy exchanges and likable characters, will make for a fun, laughter-filled date - which might just lead to something more. Pretty Woman is romantic to the hilt; so romantic, in fact, that guys have been known to reenact key scenes to make a date extra special - or even, dare we say it, to propose. The scintillating and funny story follows Edward (Richard Gere), a successful businessman who falls in love with prostitute Vivian (Julia Roberts in her breakout role), a kindhearted woman underneath the thigh-high boots and revealing outfits.

There are plenty of memorable moments to savor - and maybe even play off later - like the fire escape rescue and the sexy piano scene. A critic from Empire magazine says that this contemporary Cinderella fable “has more than enough chemistry between its leading pair,” and it could well lead to sparks flying between the pair of you, too. 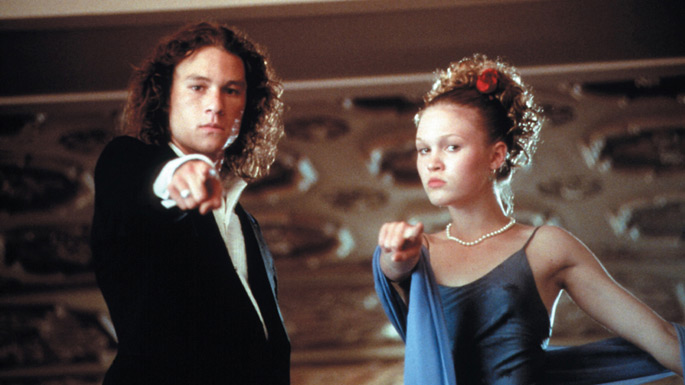 This modern take on Shakespeare's The Taming of the Shrew is set in an American high school, with Julia Stiles and a pre-Dark Knight Heath Ledger pulling off great performances as Kat and Patrick, respectively. The relationship between the two is rocky at times, rollicking through complicated social situations, fights, and misunderstandings.

According to dating website Match.com, “A first date can pave the way to a bright and wonderful future, and it can be as memorable as you make it. So after watching this movie, why not share amusing stories about your own high school days? Regardless of whether you're willing to reveal everything about your own teenage mishaps, 10 Things I Hate About You shows how all that gushy stuff can both soften and surprise people. 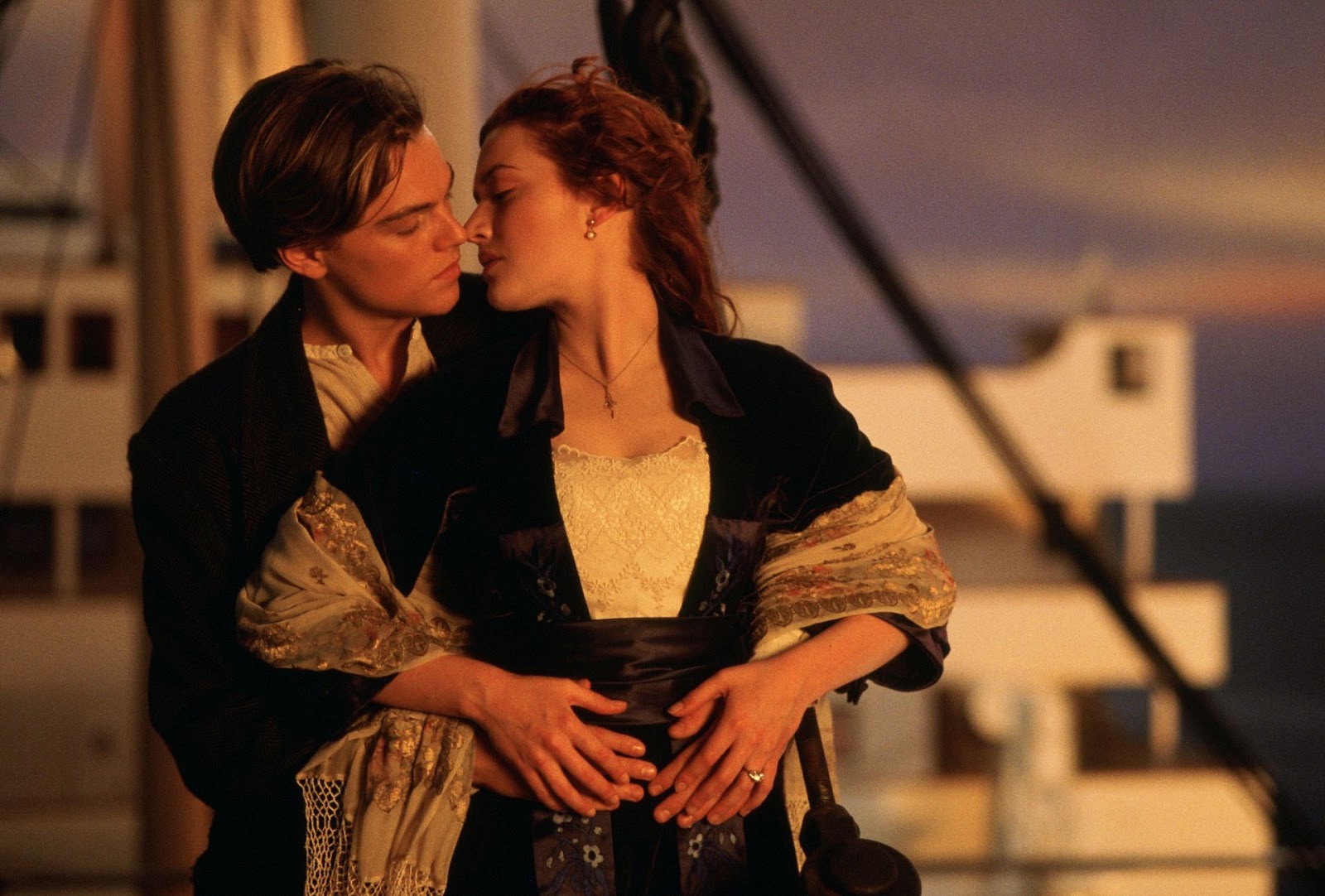 Although this movie may be a bit long for a first date (it runs for 194 minutes), women especially consider it a top-of-the-line classic love story. And in fairness, it does do a good job of combining the unlikely love affair between homeless Jack (Leonardo DiCaprio) and high-society Rose (Kate Winslet) with drama and tragedy, amidst the terror of a sinking ship.

Given its emotionally gripping and epic nature, it's no surprise that Titanic was a massive box office hit - and it's another film that could break the ice for you. So snuggle up during the sad parts, and make sure you've got a box of Kleenex ready and you're prepared to be a shoulder to cry on. Lastly, if it's all a little too much to absorb in one go, you could have an intermission for some passion of your own. 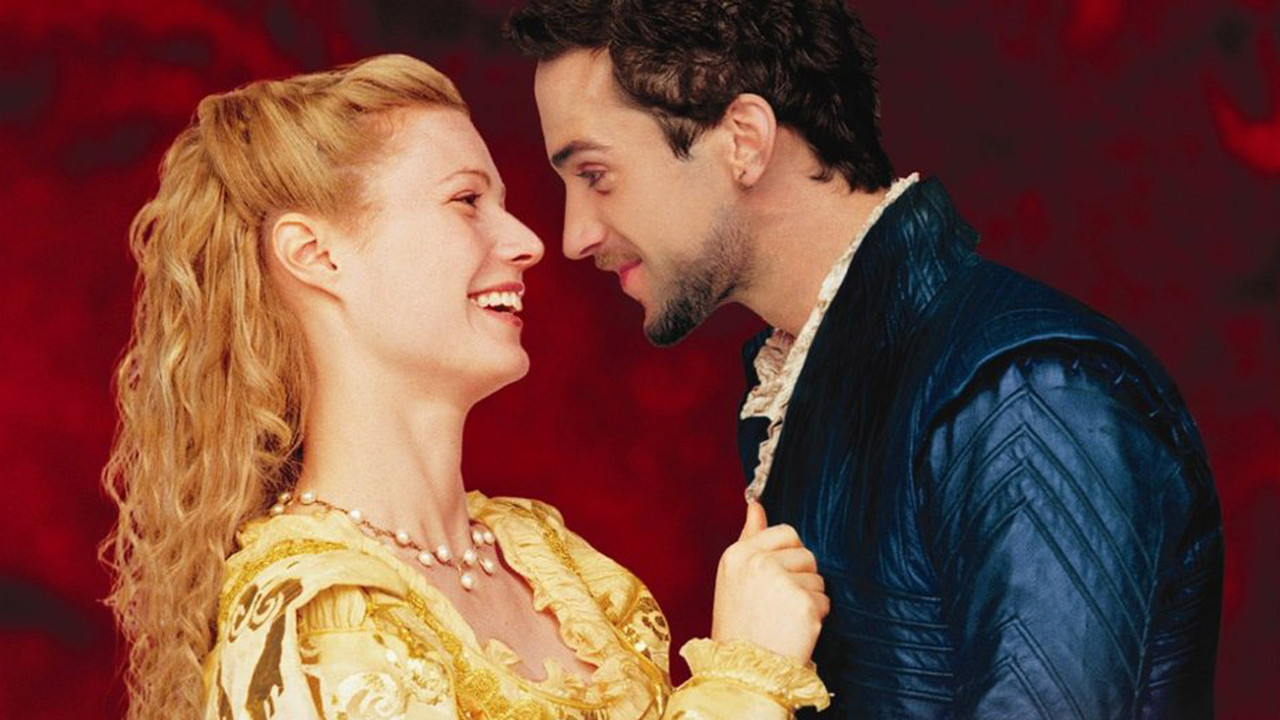 What better way to impress your companion than by revealing your cultured side with a dose of Shakespeare? Fear not, however, for this movie holds none of the headaches involved in unraveling antiquated speech.

The story follows a young Shakespeare as he struggles to write his romantic tragedy Romeo and Juliet but starts to audition for cast members anyway. Gwyneth Paltrow plays a lady who disguises herself as a man in order to play the part of Romeo and, in the process, falls head over heels for the Bard (Joseph Fiennes).

According to Houston Chronicle critic Jeff Millar, the movie is â€œa literary burlesque, remarkably clever and quick on its feet. It's passionately romantic but is at its best when it’s funny.” Entertaining and enjoyable, it's a great catalyst for a rousing first date.

This box office hit takes viewers on a journey through sex, romance, the supernatural, and a murder mystery. Patrick Swayze plays a ghost stuck on Earth, attempting to rescue his girlfriend (Demi Moore) from perilous situations while at the same time foiling a money-laundering scheme. It's prevented from becoming just that smidgen too dark by the presence of Whoopi Goldberg, in her Academy Award-winning role as an eccentric psychic.

According to Rotten Tomatoes, Calgary Movies' Ryan Cracknell says that with the addition of a tasty meal and some red wine, this is prime material for a date. And you could well be itching to play out the potter's wheel scene yourselves. 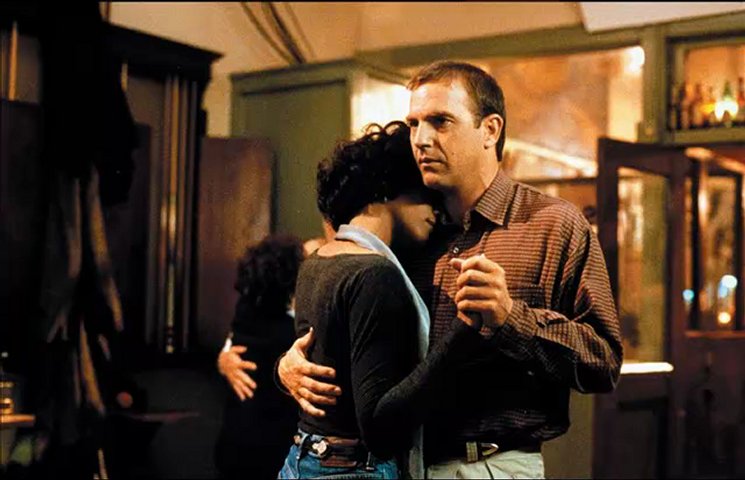 Blending a burgeoning love affair with suspenseful action scenes, this tense Kevin Costner vehicle has something to appeal to virtually anyone you have in mind. Also featuring Whitney Houston's glass-shattering voice and some shoot-'em-up sequences in the snow, this is a great choice for snuggling up on the sofa together. And if you do find any parts anything less than gripping, there are always other ways to occupy yourselves. The action doesn't have to just be on screen.

At once hilarious and endearing, While You Were Sleeping follows Sandra Bullock's character Lucy as she ends up in a bit of a fix, passing herself off as the fiancé of a man in a coma who never previously returned her affection. What proceeds is a humorous exploration of the quirks of family, the sticky situations that can arise when you don't tell the whole truth, and how affairs of the heart don't always turn out the way you'd expect. Delivering a classic love story and a cast of amusingly eccentric characters, it's a perfect blend of comedy and schmaltzy moments.

Keeping things light is a good strategy for a first date, and The Wedding Singer is an excellent choice for an evening of fun. Starring Drew Barrymore and Adam Sandler, it's awesomely romantic and full of laughs, with a healthy dose of bad '80s hair (this being the decade in which it's set) and, as Leonard Klady of Variety magazine says, “just the right degree of outrageousness.”
You and your date may very well end up crooning along with Sandler and laughing at the awful fashions, before getting the romance bubbling with soundtrack tunes like the Thompson Twins’ “Hold Me Now.” Yee-haw.

The Most Anticipated Comic Book Movies of 2014