Sure, the solar eclipse is cool, but so are these other displays of natural power and beauty. Some are disastrous, some are simply beautiful. All of these natural marvels are breathtaking when they happen. This list explores different kinds of natural phenomena and specific events that best exemplify them. 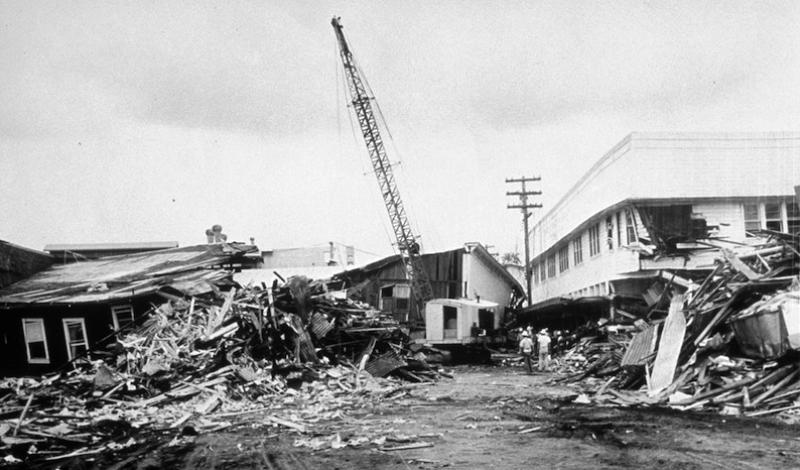 An earthquake is very difficult to catch on film. Usually, we are only privy to the destruction it leaves behind. For most of us, such images are enough to appreciate the overbearing power of the earthâ€™s platonic movements. The largest recorded earthquake in history happened in Valdivia, Chile, 1960. Registering a staggering 9.5 on the MMS (Moment Magnitude Scale), this seismic shift caused thousands of people to perish and sent tsunamis tearing across the Pacific Ocean. Furthermore, landslides were numerous, destroying houses by the thousands. This earthquake was so powerful that it actually caused an eruption of the Volcano Cordon Caulle that would last months. Luckily, this volcano iss in a mostly unpopulated area . An increase in larger, modern cities with larger buildings has led to more notorious earthquake in present days, but the earth has never shaken the same way as it did that day in Valdivia.

Droughts are the harbingers of this mythological creature that roles in from the plains and chokes towns with its sediment. Fatalities are rarer than other disastrous natural phenomena, but its appearance alone makes hearts drop and jaws open. A rolling wall of darkness consumes the world around you in a surreal haze. The ensuing effect of disorientation and inhalation has led to numerous health problems, including deaths. A dust storm happens when wind begins to reverberate against loose sediment. The particles from this sediment fly into the air and land on the ground further loosening more debris. The process continues until the sky is filled with dust, dirt and sand. While this process does happen naturally, man-made impacts on the landscape have often exasperated or caused more of these storms.

The best thing about light pillars is that they can be experienced by many people. You donâ€™t need to travel far and wide to find these illusions that are often mistook for UFOs. A light pillar is a (sometimes) natural phenomenon that takes place when light reflects off of a concentrated mass of ice particles in the air. Naturally produced light can emanate from the sun (a sun pillar) or moon (a moon pillar), but artificial sources of light such as street and house lights can also cause this display to happen. This spectacle is most likely to happen on the coldest of days. Light pillars will look different from every angle you view them, as you are seeing simply the reflection of light as it hits your eyes. From another angle, they wonâ€™t appear at all. The light pillar is a personal phenomenon experienced differently by everyone. 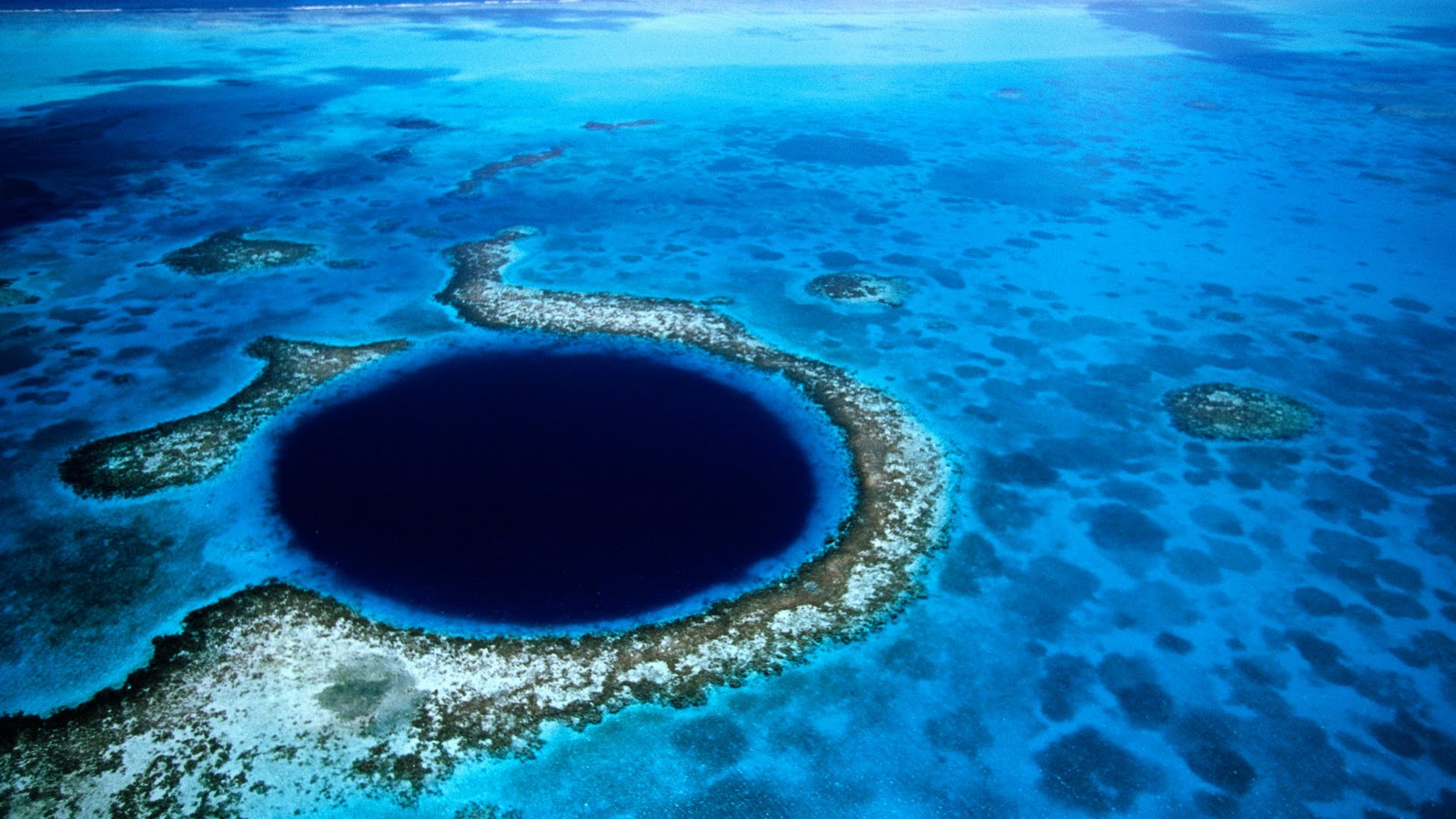 The Great Blue Hole in Belize took a combination of natural events to create. Firstly, it was formed like any other sink hole: limestone rock is dissolved below ground by seeping rainwater and the rise and fall of the water table. The result is a large underground cavern topped by a thin layer of soil. Eventually the ground gives way and the sinkhole begins to widen as additional erosion licks at its sides. This all happened with The Great Blue Hole, and then something else did: the water level rose. The ocean poured into and filled the hollow space with seawater, creatures, and life. It has since become known by underwater adventurers such as Jacques Cousteau as a premier location for scuba diving. This sink hole is amazing to gawk at, but many sinkholes happen in populated (even urban) areas. Houses, city streets, and sadly people have all been swallowed up by undetected sink holes.

Tornados rival volcanoes as the most photogenic of natural phenomena. They are highly visible, typically large in mass, and hang around while conducting their business. Tornado business is always good seasonally in Southern and Midwest America but picked up suddenly on April 25, 2011. For three days, tornadoes racked Alabama, Arkansas, Georgia, Mississippi, Tennessee, and Virginia. Tornadoes even popped up in unlikely areas such as the Northeast. As impressive as this gallery of tornadoes was, its death toll of 348 people in the heart of America resounds in the national conscience. Even with modern technology and architecture, this storm system was responsible for the third most fatalities for a tornado outbreak in The United States of America. Tornadoes offer an up close, visceral experienceâ€”a trait that has attracted storm-chasers with cameras nationwide. They remain, however, one of the most unpredictable natural phenomena and should be respected as such.

Iâ€™m not really sure whether a tsunami or an erupting volcano would be more terrifying, but the people of 79 AD Pompeii and Herculaneum would insist on the latter. It was these two cities that were completely engulfed by 13-20 feet of ash. The explosion of Mt Vesuviusâ€™s cone exerted one hundred thousand times larger than the atomic bombing of Hiroshima. Many volcanoes erupt every year (about 50-70 on average), but certain eruptions echo through history books. The Vesuvius Eruption remains fresh in peoplesâ€™ minds due to the (1500 years) later excavation of the city. Many statues have been made by filling holes in the ash left by disintegrating corpses. These life-size, captured moments of terror serve as a reminder that humans have not conquered nature after all. Perhaps looking to reignite its notoriety, Vesuviusâ€™ most recent eruption took place during World War II. The eruption destroyed three villages and a United States Air Force base.

Nowhere can you stare into the primordial origins of earth more so than inside the crater of a volcano. Often the experience might be nice and yet underwhelming as you gaze across a crater full of trees. One mountain in Africa is leading the way in changing this experience up: Why just erupt when you can sport one of the worldâ€™s most photogenic lava lakes? Mount Nyiragongo is an active volcano in Congo who has a crater often cradling a lava lake. The level of the lake rises and falls constantly, but it is considered perhaps the largest lava lake in volume in the world. The Nyiragongo lava lake is also unique because it is usually mostly molten where many lava lakes are only partly so. The mountain is enshrouded by the Virunga National Park, filled with mountain gorillas and other fauna. The area has recently experience a surge in tourism and ecological since a history of civil war and poaching left it all but decimated by 2008.

No natural phenomenon grabs headlines like a tsunami. Its sheer force and size makes people with even the steeliest nerves shake when they see footage of such a beast. Perhaps this uneasy sublime is caused in part by the knowledge that tsunamis are more likely to cause mass amount of human deaths than other natural disasters. The world held its collective breath in 2011 when an earthquake threw the TÅhoku tsunami against the shores of Japan. What resulted was some of the most stunning and frightening visuals ever captured. Over 18,000 people were killed or missing (and by now, presumed dead). Pets were displaced, nuclear accidents occurred (at the now-infamous Fukushima Daiichi Nuclear Power Plant), and entire towns were washed away. The TÅhoku tsunami was an unprecedented disaster, becoming easily the costliest in recorded history.

2. Aurora Borealis or The Northern Lights

No two pictures of the Northern Lights will look the same. For centuries, northern peoples and visitors have been dazzled by the different patterns that strike the eye. The lights are a result of energized particles colliding with high altitude, atmospheric atoms. The energy is provided by the solar wind released from the sunâ€™s upper atmosphere. The earthâ€™s magnetic field guides this energy and results in the visual dance of light that sometimes can be witnessed by the human eye. The phenomenon may be a routine occurrence, but the visibility of the rays varies. You may even catch glimpses of this occurrence during the day. A Native American tribe, the Cree, refer to the aurora borealis as the â€œDance of the Spiritsâ€. During the Middle Ages, Europeans looked to the Northern Lights for signs of God. Its southern sister, aurora australis, can be viewed from high altitudes in New Zealand, South America, Australia, and Antarctica. 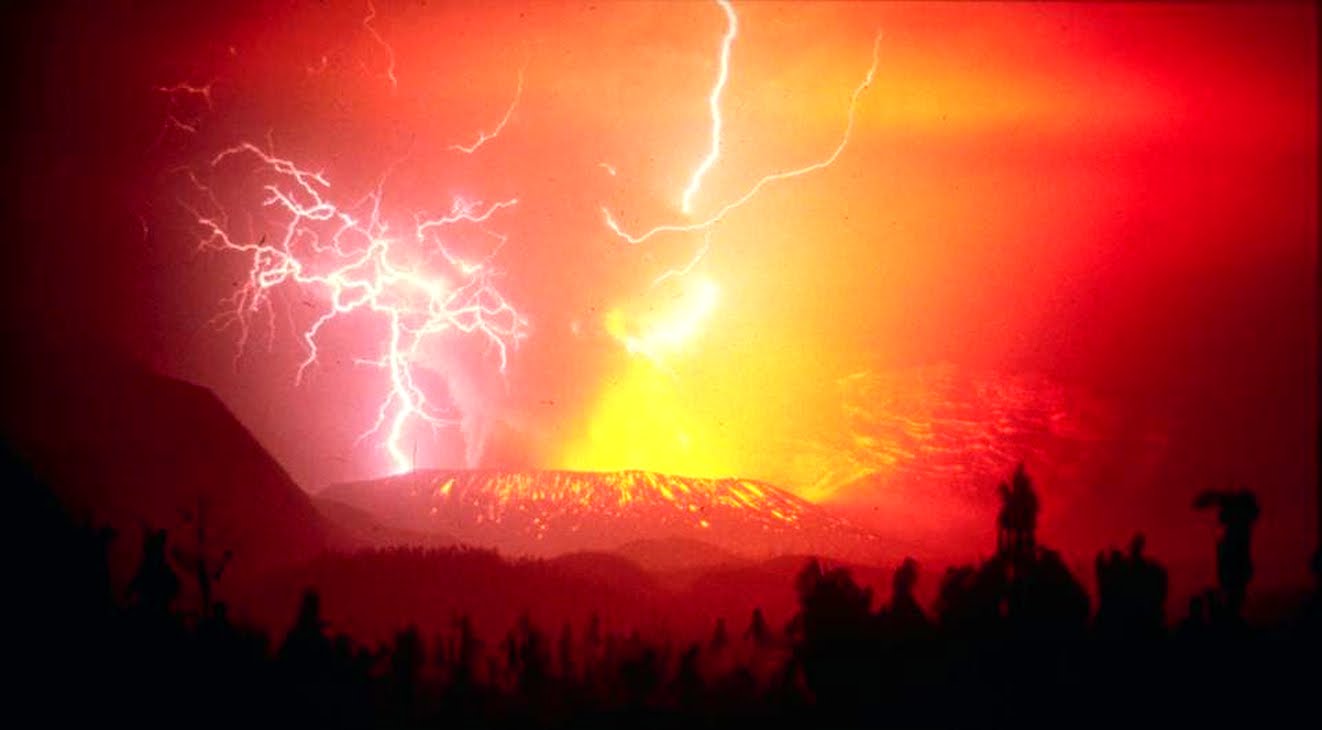 There is perhaps nothing in this world as awe-inspiring as a volcanic eruption.  A lightning strike is a natural occurrence that people around the world can share experience of. Add these two things together, however, and the synergetic reaction produces a once in a lifetime visual encounter. Mt Galunggung is an active composite volcano in West Java, Indonesia. In 1982, this behemoth (just 50 miles south of Indonesiaâ€™s capital) erupted. The above picture looks like it was captured straight out of a fantasy world, where natureâ€™s elements clash and remind man of their humble place in the natural order.

Kids Are a Special and Weird

The Most Exciting Next Gen Games